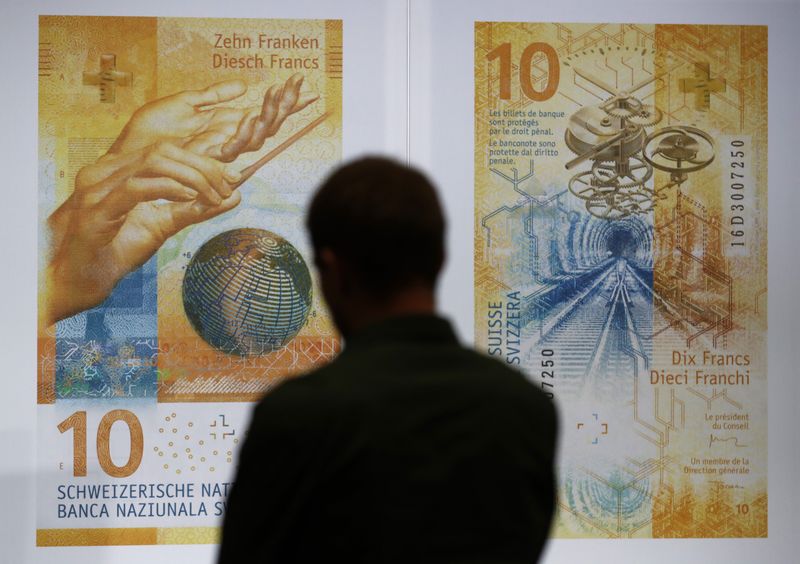 The Swiss franc swooned almost 1 percent at the start of Asian trade Monday as thin liquidity caused by a Japan holiday led to a mini recurrence of the “flash crash” that roiled FX markets early last month.

The Swissie slid from 1.0004 per dollar around 7 a.m. in Tokyo to as weak as 1.0096, the lowest since November, within a matter of minutes before almost as suddenly reversing the move to trade 0.2% stronger on the day. The round trip created a trading range for Monday of almost 110 pips, about double this year’s daily average of 56.

The move was a smaller cousin of the whiplash that saw the yen jump almost 8 percent against the Australian dollar early on Jan. 3, when Japanese markets were nearing the end of a week-long New Year holiday break. “Lack of liquidity is a common factor in these events,” said Rodrigo Catril, a senior foreign-exchange strategist at National Australia Bank Ltd. in Sydney. “Traders and strategists now have Japan holiday calendars printed in a big font at their desk!”

Catril said the move may have been initially triggered by a data entry error that set off a cascade of computer trades based on pre-entered algorithms.

One client who had a short position on USD/CHF had earlier entered instructions to buy back the currency pair if it rose and the transaction was triggered at 1.0070, according to a sales trader who asked not to be identified. When the trader called the client to inform them the level had already dropped back to 1.0020.

“It’s like a mini flash crash,” said Eleanor Creagh, a strategist at Saxo Capital Markets in Sydney. “It’s a combination of low liquidity and Japan on public holiday that’s driven the move.”