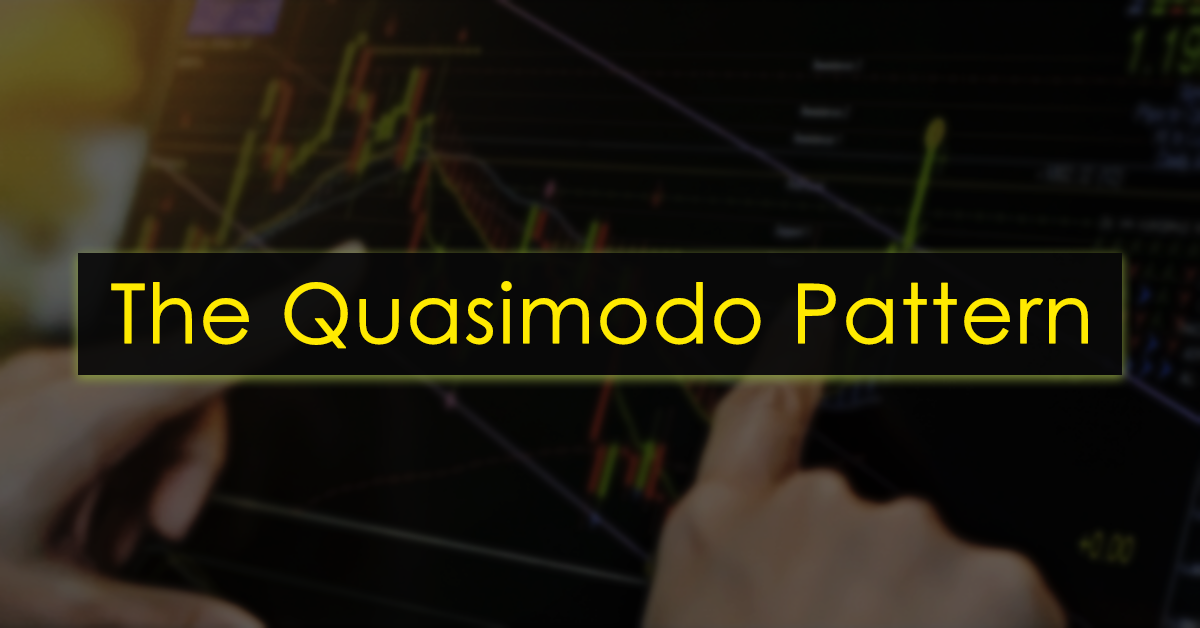 Trading does not have to be a complex subject, overloaded with obscure vocabulary. As a matter of fact, it may surprise you that a large majority of consistent traders keep things shockingly simple.

Without question, we believe the Quasimodo (QM) pattern has proven to be one of the more superior methods of locating support and resistance levels. As highlighted in part one, though, basing trades solely on the QM is not likely to bring home stellar returns. Trading this pattern alongside additional tools, on the other hand, can prove incredibly attractive, and this is where confirming techniques shine.

The following confirmation techniques are simple and have stood the test of time, and are crucial to successfully trading the QM:

For those just beginning their journey, the first port of call in regards to pinning down additional confirmation generally tends to flow in the direction of Japanese candlestick formations. We won’t go in too much detail regarding these configurations as this is beyond the scope of this article. Sufficed to say, traders utilise these candlestick signals as a means of approving a (QM) level. For example, here is a common bearish inside candle pattern confirming bearish intent from a M30 QM resistance level on the EUR/GBP, which, in this case, worked beautifully:

This approach employs additional technical tools, and is somewhat more involved than a candlestick signal.

Put simply, traders believe that when their chosen tools align with base structure (in this case, the QM), the odds of a reaction taking shape is high.

After months of back testing, we found that when the following structures converged at a QM level, the area tended to provide at least a bounce:

As you can see, we simply used three additional lines, alongside trend direction, to confirm a QM level. Should traders feel this is somewhat limited, building on this method is an option, adding pivot point levels, round numbers or even swapping the RSI for the Stochastic indicator, for example. The ball really is in your court here, so adapt away!

The third and final method of confirmation can be found in the approach. What we mean by approach is simply identifying patterns formed in the direction of the QM level.

Generally, the two following patterns tend to be favoured:

The AB=CD pattern has been covered in depth here: What is an ABCD Pattern, so please go ahead and check it out.

Once you fully understand the mechanics behind the AB=CD formation, you’ll begin seeing setups such as the one below: an AB=CD pattern on gold’s H1 chart that fuses nicely with a QM level. Just look at how powerful it is!

When looking for additional confirmation at your QM base, remember that the more reasons there are to trade a level, the more likely it’ll hold! So, do not be afraid to experiment here! You may be satisfied with two additional levels converging with a QM, or you may wish to employ a strategy which involves a solid approach, strong additional tech levels along with candlestick confirmation.

The first approach may be considered slightly aggressive, but if you manage to get it right the risk/reward can be absolutely incredible.

Below is such an example. As logged on the chart, the kink that surrounds the QM level is significant. One could, therefore, place stops beneath this kink and enter long at the QM level. The stop in this example would’ve been limited to only a few pips, and even with the small move seen off the level, a comfortable risk/reward ratio would have been achieved.

Traders will need to keep in mind, though, that there will be times when the kink is not visible on your traded timeframe. In that case, you’ll have to drill down to the lower timeframes to locate the kink.

The alternative to the above is a more conservative route. In fact, there are two ways you can approach this.

Labelled as point 1 on the chart below, you basically position the stop beyond the QM head. In this case, the trade example would have still likely been profitable, depending on trade management.

The second, labelled as point two, is a little more involved. Rather than positioning your stop beyond the head of the QM, some traders opt to place it beyond the next available supply/demand area’s base. This helps avoid fakeouts. Given the size of the surrounding demand in this example, the stop-loss distance would have been humongous. Don’t panic, though, not all surrounding supply/demand zones are quite as big as this one!

By this point, you should have sufficient knowledge to begin testing confirmed QM levels on a demo account:

Once confident using simulated funds, it may be appropriate to crank things up and begin trading on a small live account. With IC Markets, we’ve made this easy. Simply sign up below with a minimum deposit of $200 and you’re good to go!